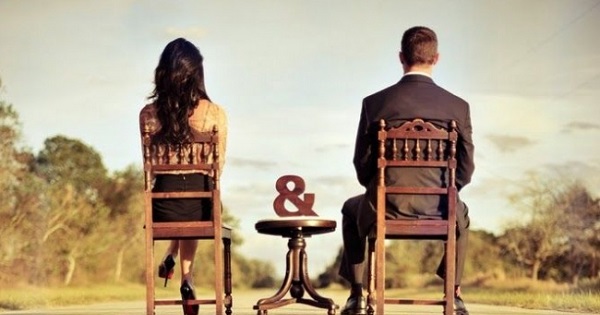 I find the term “dating app” a bit of a misnomer as they really only deal with one particular element of the whole dating universe. I think a better term for them would be “first date apps” since they don’t provide any assistance beyond that first date and that’s really part of the problem with their efficacy. Dating apps are tools for meeting people, and that’s it. They don’t encourage you to really get to know someone, in fact it’s quite the contrary. They give you thousands of potential mates right in the palm of your hand. What incentive do you have to spend more time with one person if they don’t immediately prove themselves to be exactly who you want, especially when that person you’re looking for could be just one swipe away?

Although plenty of people have found love using dating apps, none of them are any more efficient than just dumb luck. For example, on Tinder, it takes about 1.6 billion swipes to produce 26 million matches. That’s about a 1.6% success rate, meaning it takes about 62 swipes to get a single match. We don’t know how many of those matches turn into first dates, or how many of those first dates turn into lasting relationships, but it’s a pretty safe bet that it’s a tiny percentage of that tiny percentage.

Anyone who’s ever use these dating apps, which seems to be almost everyone these days, probably isn’t surprised by these numbers as they’re all too familiar with what a time waster Tinder can be. But maybe they should be surprised, after all, prior to their existence, people weren’t going out and meeting 62 different people to land a single date. That would be insane. Even the most undatable among us have better luck than that.

Let’s go a step further and say you land that date with someone you think has a lot of potential. The next problem is that you’re first interaction with this person is a date, with each of you in this hypersensitive environment, consciously or unconsciously assessing and over analyzing every single twitch and utterance the other person makes to determine if they’re compatible with you. The explicit context of the whole situation undermines your ability to actually get a real sense of who that person is or could be.

People are naturally too quick to draw conclusion about others (that’s what the whole prejudice thing is about) for us to fairly assess someone over the course of a single meeting. But really, we’re not that picky about who we associate with, especially once we get to know them. It’s just that it takes some time, and rapid fire dating apps are about doing the complete opposite of trying to really get to know people.

Is This How We’re Going to Make Friends Now?

I find it troubling that a new slew of apps aimed at being the “Tinder for friends” are falling into these same traps. Bumble recently released BumbleBFF, which is exactly that. It makes you superficially judge people by their profile photos to determine if you can be friends with them. And while there is a serious demand for a way to help make it easy for adults to find new friends, as everyone knows that process can be treacherous, the solution is not to just make a Tinder clone and market it differently. Even if dating apps were effective, finding friends is not like finding dates, so a different approach is needed regardless.

Krewe helps people make a new group of close friends right in their neighborhood. The small group setting means you don’t feel like you’re on a date, nor do you feel like your in a big crowd and have to introduce yourself to a stranger. Everyone in your group lives within a half mile radius of each other, so it’s possible to get together often and become close over time. You can even eventually expand your group so that you can make even more friends and, yes, find romantic partners.

How about that? Meeting people and getting to know them before you start dating them — seems almost primitive, but it’s what many of us need. Krewe is about giving you the network and the community you need so that you can stop wasting time swiping and start building the valuable relationships that’ll let you be happy.