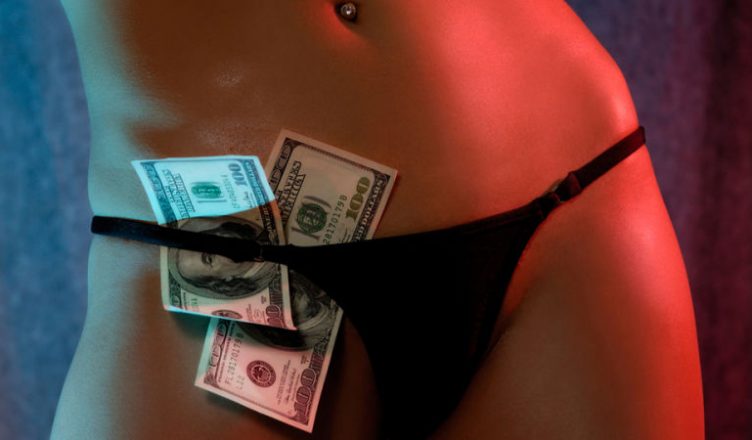 As a naturally curious person, it makes sense that I gravitated towards the study of sexuality. It’s hot! It’s fast-paced! Exciting! Ever-changing! New studies are being published at rapid rates! You’ll never be bored!

Even so, I find that the same misinformation also continues to be circulated — like this study about a purported link between a stripper’s menstrual cycle and tips per night at a strip club.

I had never heard about the 2007 study until I heard it mentioned in a podcast on my commute this morning. While I’m typically skeptical of studies that reduce sexuality to evolutionary science — aside from whatever dreamy Cosima is doing on Orphan Black — this was completely baffling.

Scientists studied 18 strippers, or as Scientific American daintily called them, “scantily clad women dancers,” for about two months. Participants logged their tips nightly, noting the day of their menstrual cycle as well. Their data allegedly revealed an uptick in tips around the strippers’ time of ovulation by about $75 per night. The trio, based out of the University of New Mexico, presented their findings as evidence for human estrus. Put simply: patrons tip bigger when strippers are ovulating because of pheromones.

I’d like to point out two major, obvious issues with the study: for one, their sample. By self-selecting less than 20 participants all from the same area, it’s quite possible that the higher-paying nights were related. While there isn’t a definitive answer to the question of menstrual synchrony (yet), any number of factors could have produced these results.

Secondly, in the gynecological world, diagnoses are not often made based on the findings of two menstrual cycles. I’m uncertain why the same methodology was not employed.

A third, minor point… are we even sure that human pheromone theory is athing?

Historically, societal treatment of sex workers has been unacceptably poor. For that reason, reducing their livelihood to a series of hormonal interactions devalues their labor. In a society that demands compulsory productivity and views individuals in terms of their capacity for work, studies like these serve to discredit the labor of those who refuse to conform to the neoliberal narrative of personal responsibility. It’s simplistic and mighty sexist to say that a woman’s hormones have affected her job performance… even when it appears to be in her favor.

As usual, Jezebel gave us the gift of busting the ovulation/income myth when this study belatedly made headlines in 2012. To continue the conversation, clicking over there is a good start.